I never really liked the Superman cape on my Superman Returns costume. The cape in the movie looked good enough, but it wasn’t quite regal-looking, which is something I think really looks great for Superman. It was kind of short, light, and it seemed like they didn’t even care that he was wearing a cape when they designed the costume.

Here’s the movie suit with cape: I had my Superman Returns costume made by Ricky’s Custom Costumes back in 2006. Ricky did a great job with making the bodysuit to my measurements and using the materials that he had at his disposal back then. I did end up replacing his belt, emblem, and boots with other versions but he has since upgraded those parts — but I digress. For the cape, he used some upholstery vinyl that they sell at Joann’s Fabrics, and it actually worked fairly well for the color!

But wow — that was a lot of fabric and after 10 years of owning this thing I can say that it was heavy, unwieldy, kind of short, and it definitely didn’t flow in the wind!  Sure the cape in the movie looked alright, but was never really good enough for me on my own costume. Here’s how it looked on me: On the other hand, I just LOVED the way the Superman cape looked in Man of Steel. They gave him a long, flowing, regal red cape that was suitable for the House of El. Awesome. 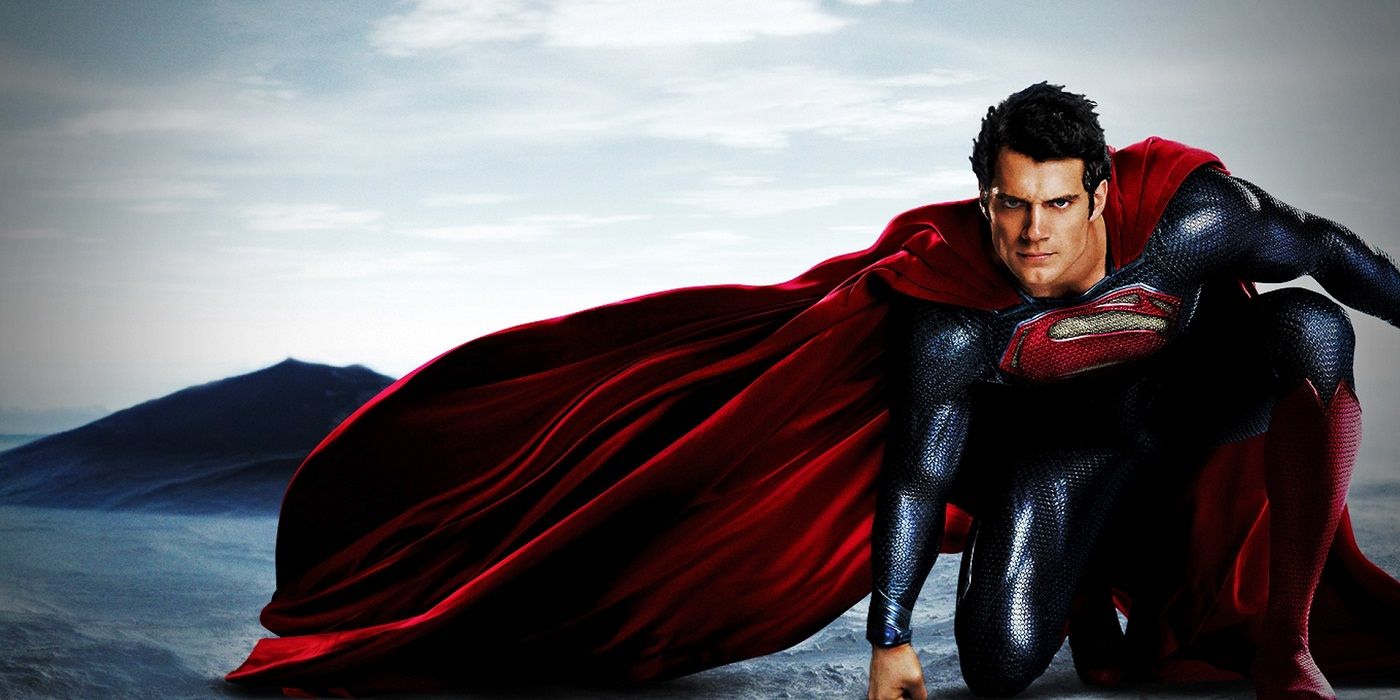 So I decided to finally re-do the Superman cape! Of course I headed back over to Joann’s Fabrics and found some good red fabric that turns out to be for jeggings! While I’ve never worn jeggings (unfortunately), that fabric is usually fairly lightweight and a bit stretchy. Perfect for me!  I purchased a little over 5 yards of the fabric just to make sure I’d have more than enough.

Here’s a close-up of the material, and what it looked like while drying. Notice how perfect it will be for that “flowing” effect? For the pattern, I just used a old cape pattern that I had from when I made the Dark Knight cape. It is a 4-panel cape pattern, and in retrospect I should have just made this out of one piece of fabric as the pattern wasn’t quite right. That said, I didn’t really feel like doing it another way at the time, and I can always make another Superman cape!

Here are the pieces cut out and doubled over as I prep to sew the first seam: I did take a couple of things from the old cape, though, as I think they are probably the best ways to do it. The first was the way the cape went around my neck – by wrapping the fabric around a metal collar! I am not actually sure what the piece is, it’s just a piece of metal that is shaped like a “C”. Wrapping the fabric around it serves to keep the cape looking tight around the neck and prevents it from moving away from that shape. Here it is on the old cape, and I basically did the same thing, except I glued it first, then sewed it down for extra security: The second item I took (literally) from the old cape was the way it used straps to secure it to me. As you can see in the above picture, there are a couple straps attached to the top ends of the cape. Those go over your shoulders, then wrap under your arms and connect in the back via a parachute buckle. That’s great for this costume since there isn’t another attachment method that would keep the Superman cape up without pulling on the spandex somehow. I ripped those straps off of the old cape and sewed them to the new one!

Once finished, the cape looks GREAT!  It’s long, it’s red, it’s light, and it definitely flows the way a Superman cape should. The best part: the total cost was about $35 for the fabric. Not too bad.

If you’d like to see the glorious video I made, well then here you go:

And here’s the photo gallery, starting with my badly photoshopped “glamour shots”. Enjoy: So, what you do think? Would you have done it differently? Different fabric? Let me know in the comments!